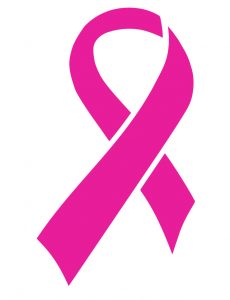 You would have to have been in total isolation for decades not to know that October is National Breast Cancer Awareness Month and, it is wicked PINK!  The annual, month-long event is meant to raise research funding and increase awareness of the second leading cause of cancer deaths in women. But, the story behind its inception and reputation draws on history, politics, and deep-rooted gender bias in Medicine.

The first organized effort to bring widespread attention to breast cancer was held over one week in the United States in October 1985. The American Cancer Society organized it in partnership with the pharmaceutical division of Imperial Chemical Industries (later part of AstraZeneca, a leading manufacturer of oncology drugs – hold that thought).

The motivation for this awareness campaign may have been buoyed by a report published earlier that year by the US Public Health Service Task Force on Women’s Health. It warned that “the historical lack of research focus on women’s health concerns has compromised the quality of health information available to women as well as the health care they receive.” It drew public attention to just some of the absurd practices born of the bias toward males in all things medical.

Historically, reproductive organs were thought to be the only physical difference between women and men. All other organs and systems were believed to be equal in form and function, so the male medical establishment saw no need to study women’s bodies.

Then in the early 20th century, the endocrine system was discovered! Suddenly it was hormones and not just our uterus that could be a source of our ills and “hysteria.” The idea that women’s “excessive” emotions are the most significant influence on their bodies, and vice versa, lives on today in the stereotype of the attention-seeking, hypochondriac female patient.

In a recent study, Dr. Kate Young, a public health researcher at Monash University in Australia, showed how many doctors fail to acknowledge their medical ignorance of the female body and blame women when treatment doesn’t work. Female patients are often not believed or trusted to express themselves accurately when reporting their symptoms.

Young’s article describes the experiences of women with endometriosis who have been dismissed, labeled, and not helped by their doctors. She wrote in a paper published in the journal Feminism & Psychology, “The historical hysteria discourse was most often endorsed when discussing ‘difficult’ women, referring to those for whom treatment was not helpful or who held a perception of their disease alternative to their clinician.” Dr. Young is quoted in a 2019 article in the Guardian. She said, “For much of documented history, women have been excluded from medical and science knowledge production, so essentially we’ve ended up with a healthcare system, among other things in society, that has been made by men, for men.”

Author Maya Dusenbery summarized medical biases in her 2018 book Doing Harm: The Truth About How Bad Medicine and Lazy Science Leave Women Dismissed, Misdiagnosed, and Sick. One of many examples she cites: “In the early 60s, observing that women tended to have lower rates of heart disease until their estrogen levels drop after menopause, researchers conducted the first trial to look at whether supplementation with the hormone was an effective preventive treatment. The study enrolled 8,341 men and NO WOMEN!” (What?)

The social value of the uterus has defined women and their ‘purpose’ – their duty – to bear and raise children. For centuries, a woman’s illness and disease were ‘blamed’ on those anatomical “secrets” and “curiosities;” her reproductive organs. Those ‘parts’ that differed from the male were seen as a deviation from the standard and inferior. Men were considered the public, cerebral being; women as the private, subservient reproduction vehicle. This point of view reinforces all kinds of social repression.

In her June 2021 Time article, Elinor Cleghorn writes about Medicine’s evolution. She says it “has constantly reflected and validated dominant social and cultural expectations about who women are; what they should think, feel and desire; and — above all else — what they can do with their own bodies.” The consequences of this outdated cultural construct continue to play out in our country today.

The U.S. Constitution is invoked by those who consider it their right to choose not to be vaccinated. They cry, “Freedom!” Despite the cost to public health, they wave the flag while refusing to comply with mask mandates.  Yet, many of those same people and their legislators flatly deny a woman’s right to have control over her own body, no matter what!

Breast cancer awareness campaigns are criticized for stereotyping and objectifying women. MetUp.org is a nonprofit, breast cancer patient advocacy group founded by Beth Caldwell. The organization condemns charities who partner with corporations whose “fundraising campaigns sexualize our disease, or worse, run their own ‘sexploitative’ fundraising campaigns.”

They believe these “programs demean women in general, make those who have lost their breasts to their disease feel worse about their bodies, and ignore the men who get breast cancer. Fund drives like ‘Save the Tatas’ reduce women to their body parts and forget that the goal of treatment should be to save women’s lives, not their breasts.”

The overt commercialization of Breast Cancer Awareness Month undermines the mission. There is proof that much of the excessive marketing of pink products results in little or no money donated to breast cancer research or related causes. The promotion of and messaging about mammography as the solution to breast cancer prevention is potentially misleading, too. All the years of breast self-exams and annual screening have not reduced the death toll from breast cancer. Caldwell maintains that in terms of tackling breast cancer, “Early detection is a failed experiment.” 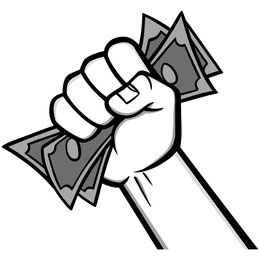 The strong emphasis on encouraging women to undergo mammography has made October appear to be more about ensuring that procedures remain cost-effective for companies supplying mammography technologies than about breast cancer causes, prevention, and treatment. (Remember the role of Big Pharma in the origin of the crusade.)

In the 1960s, a National Institutes of Health-supported pilot study from Rockefeller University looked at how obesity affected breast and uterine cancer. It didn’t enroll a single woman. (Huh?)

Improvements are being made across a broad spectrum of practices and protocols in Medicine. But, there is a long and shameful history to overcome. A rigid standard of respect for women’s bodies and minds must be emphasized in medical education. The female experience has to be recognized and valued, precisely for its uniqueness.

So, despite the annual PINK October push, about 250,000 women and men are still diagnosed with breast cancer every year in the United States. Nearly 41,000 of those die of metastatic breast cancer. That number hasn’t budged in four decades despite an overall decline in the cancer death rate.

What’s needed is more TroubleMakers supporting comprehensive, unisex research funded by unbiased, philanthropic organizations that care about more effective treatment and a cure, not what’s in it for them.