The passing of Her Majesty, Queen Elizabeth II of Great Britain, generated a remarkable intensity of news coverage and interest here in the States. Granted, her image is on the currency of more than 15 countries and she was the longest reigning monarch in history. Only her seventy-three years of marriage to Prince Philip surpassed the seven decades she spent serving on the British throne. But her death has been a catalyst for controversy and debate about everything wrong in the world; a warning about how far we still haven’t come as women in the world, and a reminder of all the Trouble we still need to make for good, for justice, and for gender equity here and all around the world. 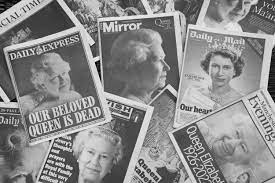 QE2 was sensational for so many reasons. Throughout her life—which spanned a period of mind-boggling change in the world—she probably met more influential people than any other human being. She appointed 15 Prime Ministers during her reign, starting with Winston Churchill in 1951. She never stopped and continued to fulfill her obligations right up to her appointment of Prime Minister Liz Truss, just two days before her death. So many little-known facts about her life have been interesting to learn. From her service as a mechanic in WWII to her penchant for smooth gin and Dubonnet cocktails with lemon and ice. She was not a controversial person herself but, as a woman–even in her largely symbolic role—the world scrutinized every move she made for all of her 96 years. Though she didn’t have real political power, she was powerful.

Following the death of her father, Elizabeth became a queen at just 25. She lived a life of complete devotion to her duty to serve and unite the nation. Through extraordinary changes and challenges; economic, political, and personal, she was seen to be steady, adaptable, and resilient. Her influence—demonstrated by the incredible worldwide response to her death-was deeply felt. While she was expected to remain politically neutral, the Queen was an important and consistent stabilizing presence on the world stage. 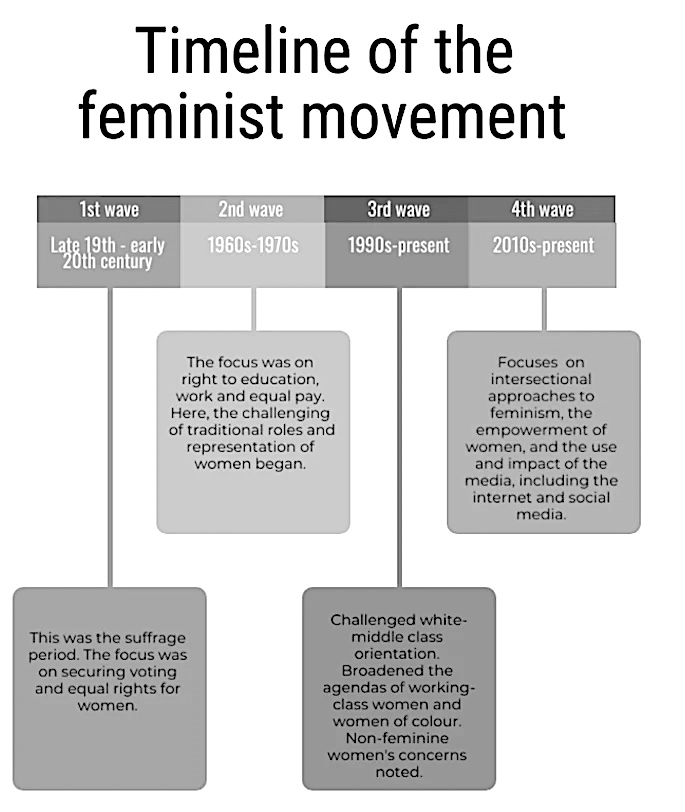 As a woman of influence, her death has sparked raging debate over if, when, and how vigorously she advocated for women. Olivia Coleman, the actress who portrayed the queen in the popular Netflix series The Crown, said Elizabeth II was the “ultimate feminist,” who was “no shrinking violet.” Then social media blew up with people angrily, blaming the Queen for everything from imperialism to the Potato Famine. When singer Liz Phair Tweeted “She knew with exquisite precision the bounds of her tricky role, and I adored her for maintaining it so elegantly,” her comment sparked outrage about colonialism and genocide. The war of words revealed the tremendous variation in perspective among the audience. The topic seemingly pits women against women in a conflict between young and less young; revealing how they see themselves and the world. But, Phair defended her views in part by acknowledging the evolution of feminism itself and referred to her perspective as a “55-year-old coming from the 2nd wave” of feminism (the 1960s and ‘70s).

These differences in point of view—the influence of the times we come up in—are evidence of the rate of change over the course of the queen’s 90+ years. It’s proof that ‘standing on the shoulders of the TroubleMakers who’ve gone before’ has truly shaped us. The Queen surfed all four waves of feminism in a role so tightly corseted by convention that one might say she did the best she could—still others will claim she did nothing at all.

A few examples of the Queen’s subtle advocacy for equity:

In a speech to open the Commonwealth Heads of Governments Meeting in 2011 the Queen said that the theme of the event, Women as Agents of Change, “reminds us of the potential in our societies that is yet to be fully unlocked, and it encourages us to find ways to allow girls and women to play their full part.” Given her neutrality, this came across as a huge endorsement for equity!

In 2013, she gave official approval to the Succession To The Crown Act, which secured an equal right to the throne to both sons and daughters, breaking the centuries-old convention that the younger son took the throne before his older sister.

Queen Elizabeth II would also often comment on the successes of women in various roles like the winning European Women’s soccer team. She said they’d “set an example that will be an inspiration for girls and women today, and for future generations.”

In a brilliant article for CBC Opinion, Jessica Barrett wrote, “When Elizabeth II took the throne 70 years ago, women world leaders were an anomaly… She ruled for eight years before the world saw its first democratically elected woman leader, Sri Lanka’s Sirimavo Bandaranaike, in 1960. One would have hoped the decades since would have seen substantial progress towards gender equality in democratic spheres, so that losing the example of female leadership set by a hereditary monarch wouldn’t be notable to someone like me. That hasn’t happened.” Instead, her passing was a sobering reminder of how far we haven’t come in the quest for gender equity. Barrett added, “the idea of reverting to a king as our head of state—and not just King Charles but any king—feels uncomfortably regressive.” The ascension of her son to the role of King embodies the patriarchy that her reign belied for generations.

Here’s the best story of all to come out of the extensive coverage of Her Majesty’s demise. It’s taken from the Sydney Morning Herald. Trouble’s gonna hold on to this one. “The Queen was the one to suggest to Saudi Arabia’s Crown Prince Abdullah that they take a spin around the Balmoral grounds when he visited the Scottish estate in 1998. The prince was up for it. As instructed, he claimed the front passenger seat of the royal Land Rover. Then the monarch climbed up beside him and took off. Given he ruled a country where it was illegal for women to drive, the prince was shocked and nervous. As the Queen fanged it (drove fast) along narrow roads, talking all the while, her visitor implored her to slow down and concentrate, according to Sir Sherard Cowper-Coles, then British ambassador to Saudi Arabia. A devotee of the significant detail, from the choice of a brooch to the choice of words (“recollections may vary”), she knew the political and social message she was sending to the Saudi royal: buckle up, sunshine! Anything you can do, I can do better. We can do better!”          Bravo, Liz! Bravo!