This month Talkin’ Trouble started on the subject of women in sports; a look back at talented female athletes who were blazing trails long before 1972, and on strides made in the 50 years since Title IX. Team Trouble planned to take stock of the progress we think is still needed at the intramural, intercollegiate, and professional levels in sports of all kinds. But, since the devastating news that SCOTUS repealed Roe v. Wade, we are pivoting to the urgent! TroubleMakers, this horrifying anti-women rip current knocked us off our feet. It’s washing away not decades but, a century worth of progress. We’ve got some dire shit to talk about.

“This is the most consequential Supreme Court decision in decades. It changes the status of American women as citizens of the United States and as citizens of their states. That’s the big picture, but let’s not mince words. Women will die because of this ruling.” ABC senior correspondent Terry Moran

The (shocking!) decision to overturn Roe wasn’t unexpected, of course. Decades of sometimes violent activism preceded it. And, we saw the leaked Alito draft back in May. But, because the actual case before the court – Dobbs v. Jackson Women’s Health – dealt with redefining the timing of fetal viability as it relates to abortions in Mississippi, NOT the banning of abortion, we held out hope that the court wouldn’t go to the extreme. While Chief Justice Roberts did concur with the majority opinion, he did not fully agree. In his view, the Court should have upheld Mississippi’s ban on abortions after 15 weeks of pregnancy without entirely abolishing longstanding precedent and the constitutional right to abortion. 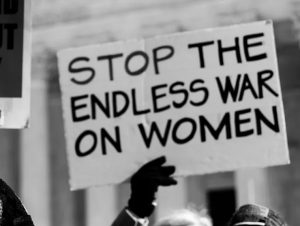 “In the country that already has the highest maternal mortality rate in the developed world, no paid maternity leave, no universal subsidized child care, and no living wage to help parents afford the costs of raising kids, it is no exaggeration to say: women will die because of this decision.” womensmarch.com

Be reminded that five of the concurring judges had clearly stated their belief in the importance of precedent during their confirmation hearings. Amy Coney Barrett in 2020. Brett Kavanaugh in 2018. Neil Gorsuch in 2017. Samuel Alito in 2006, and Clarence Thomas in 1991. Nevertheless, they voted to abandon long upheld precedent and take away the constitutional right to abortion, overturning landmark rulings from both Roe v. Wade and Planned Parenthood v. Casey.

Since 1973, many legal scholars criticized the long-term viability of the original Roe decision because of the way it was structured. The case wasn’t about women’s dignity, autonomy, or equality. It was based on “privacy and liberty.” Because Roe didn’t speak directly to gender equity Ruth Bader Ginsburg thought it was the wrong case to have used for establishing abortion rights in the first place. She knew it was technically on shaky ground and predicted it would be a bull’s eye for conservatives to aim at. She was right. Roe gave anti-abortion rights activists a tangible target they have staunchly rallied against for nearly five decades since.

In response to the landmark decision,  NPR’s Nina Totenberg, the dean of Supreme Court reporters said, “It’s the legal equivalent of a nuclear bomb,”

In the immediate wake of the decision (made against the will of the public, BTW), abortion is illegal or heavily restricted in 11 states. Twelve other states have laws in place that set the stage to quickly ban or severely restrict access, according to research from the Guttmacher Institute.  The decision opened the way for states to enact many laws previously tied up in court, and to pass new ones. Chaos has ensued for women who may be seeking care all over the country. 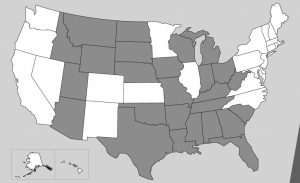 “Anyone who can get pregnant must now face the reality that half of the country is in the hands of legislators who believe that your personhood and autonomy are conditional—who believe that, if you are impregnated by another person, under any circumstance, you have a legal and moral duty to undergo pregnancy, delivery, and, in all likelihood, two decades or more of caregiving, no matter the permanent and potentially devastating consequences for your body, your heart, your mind, your family, your ability to put food on the table, your plans, your aspirations, your life.” Jia Tolentino in the New Yorker

Overturning Roe is radical, and it isn’t the only consequential decision handed down so far this year.

On guns: In New York State Rifle & Pistol Association v. Bruen, the court ruled that states with strict limits on carrying guns in public violate the Second Amendment. The decision has far-reaching implications, particularly for six other states that have similar laws limiting guns in public. Just what the USA needs, more concealed weapons.

On separation of church and state: In Carson v. Makin, the court ruled that a Maine program that excludes religious schools from a state tuition program is a violation of the free exercise of religion. Anticipating that, Maine made a clever end run and instituted an amendment to state law that forbids discrimination based on gender identity and sexual orientation, and it applies to every private school that chooses to accept public funds, without regard to religious affiliation. Consequently, religious schools are longer requesting state funds. This might be a good example for combating some of the regressive rulings to come.

On Miranda: We’re all familiar with the duty of the police to advise detainees of their rights. “You have the right to remain silent.” The point is to protect people from self-incrimination. In Vega v. Tekoh, the court ruled that “a violation of Miranda does not necessarily constitute a violation of the Constitution…such a violation is not grounds for bringing a lawsuit.” The ruling does not remove the requirement that police “Mirandize” suspects before questioning them. It does, however, shield officers from civil liability if they fail to do so, potentially reducing their incentive to comply.

“The court has transformed a Reconstruction-era law meant to protect the rights of freed slaves and marginalized Americans into a formidable shield for the most powerful, including police, prosecutors, and businesses.” – Hassan Kanu, Reuters

On climate action: On June 30, the Supreme Court announced another shockingly awful ruling on West Virginia v. EPA. In effect, the ruling strips the Environmental Protection Agency of the power to regulate greenhouse gas.  It will affect the way the entire government makes rules and regulations and push back efforts to move away from burning fossil fuels and the ability to address our climate crisis.

Trouble with all of this is that through a decades-long subtle and concerted effort, the lower courts and many local and state governing bodies have been stacked with far-right, anti-women, anti-gay, anti-democracy extremists. These ultra-partisan officials now may be able to not only restrict our rights but overturn the ‘free and fair’ elections that would oust them! The atmosphere constitutes a threat to more than a woman’s right to choose. There is a real threat to the right of the American electorate to choose!

Unquestionably, poverty and inequality will increase as a direct result of this loss of our constitutional right to safe and legal abortions. “It’s just hard to overstate how far-reaching the effects are likely to be,” said Jason Lindo, professor of economics at Texas A&M University in College Station. “The evidence is very clear that this is going to lead to negative outcomes on things like women’s educational attainment, women’s labor force participation and measures of economic success.” In other words, sharply turn back the clock on gender equity.

Once again, it will be women of color and those with lower income who will be disproportionately affected. These women are less likely to be able to get time off from work and more likely to lack the funds to travel out of state to seek care. They will – once again – get screwed by the system!. And where will the funding come from to bolster state-run social safety net programs that will inevitably be impacted by an increase in children who may need services? In states with the strictest laws, women will be forced to fear that even their most intimate and private conversations, in person with their doctor, or online with a trusted friend, could be used against them by the state. We never dreamt it could come to this. Women everywhere need to support each other now! (Like we do.) 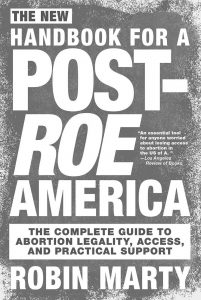 “Women represent 57% of the workforce and young women represent more than 57% of college graduates,” said Anne Clark Wolff, founder of investment bank Independence Point Advisors. “Upending constitutional rights that have been protected for decades will harm all of us – not just women.”

Bad news for Everyone!

Regardless of your political or religious affiliation, every American has a reason to be concerned about Roe v. Wade being overturned. Male or female, left or right, your liberties are on the line with this decision! It’s foolish and naive to think that this judgment will be confined to the context of abortion. In the original ruling, the Court applied the core constitutional principles of the 14th amendment to establish a woman’s right to choose. In the practice of law, all judgments are scrutinized for how they can be applied to other cases. Those constitutional principles of privacy and liberty as stated in the 14th amendment are also the basis of our rights to contraception, to practice intimacy any way we choose in the privacy of our bedrooms, and to marry whomever we want.

In his written opinion on overturning Roe, Justice Thomas explicitly called out those 3 precedents that established those specific rights to be “revisited” (i.e. overturned), because they were decided using the same reasoning as Roe. This is   CAUSE FOR GREAT CONCERN!

“When you look back in history at authoritarian movements around the world, you learn that often the first thing they have done is to outlaw abortion and declare family planning a crime against the state.”  – Gloria Steinem

Fellow TroubleMakers, please do not think this tide is turning anytime soon. We’ll all be dealing with the ramifications of decisions made by the unelected, politically motivated judges on this Supreme Court for generations to come. These are dark days, TM’s. We’ve got to stick together, hold out hope, and respond steadfastly. We need to loudly, and unflinchingly to make a whole lot of Trouble for Good!

Check out the reaction of MA Senator Elisabeth Warren on TikTok.