There is a feeling of impending change in the air. The atmosphere is heating up, both literally and figuratively. Do you feel it? It’s an exciting time. There is the potential for sweeping change in National policies, which is hopeful, but the painful fact of the outsized impact on women from the pandemic still lingers and looms. We’ve left the workforce in droves, exposing staggering inequities and deep chasms in our social structures and safety net.

Still, amidst all the large-scale challenges and considering the gravity of the decisions we face, we carry on with our day-to-day lives. The small stuff reminds us – as lock-down did – what’s fundamental, universal, and human. When you get down to it, we all need shelter, sustenance, and each other. We want to be safe. We want our families and friends to be happy and well. We want a fair shake – a world where we can enjoy the freedom to be ourselves, to have a chance to try and succeed at whatever we choose to do in life. You know what? That is equity!

In the interest of harmony, we might not discuss politics when we get together to celebrate Father’s Day this year. But, some things aren’t controversial. Who would deny that Dads want what’s best for their daughters as well as their sons? They may not even be aware of the different standards they’re measuring by. Can we assume that they expect her and her mother to be treated with dignity and to experience a life that’s free of violence, oppression, and arbitrary limitations? You can bet they want her to be confident so that she can move through her life without fear and with the opportunity to reach her full potential.

So, when policies are being set and laws debated, when rights to control our bodies and our futures are challenged, we have to look those men in the eye and remind them of the deepest hopes they’ve had for “Daddy’s little girl.” Remind them to value the lives of all women as they do their daughters’ lives. We have to challenge our allies to shout it out when it comes to equity.

We can’t overstate the importance of men’s role in achieving gender equity. There has to be a societal acknowledgment of male privilege and a show of solidarity to affect systemic change. In fact, there is growing advocacy among many men and men’s groups for equity in the political, economic, cultural, and social spheres. 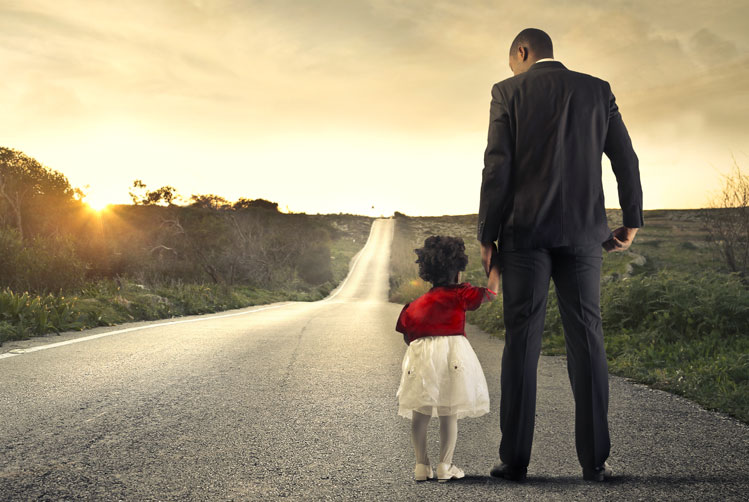 A group called Fathering Together promotes a vision of “an equitable world where fathers are actively engaged in the lives of their children.” In that world, dads who have increased engagement with their children may also be reshaped by them. Involved dads gain empathy and more profound respect for the difficulty and importance of the unpaid work of child-rearing. Unquestionably, women’s equal opportunities in the workplace are advanced by supportive partners at home.

Justice Ruth Bader Ginsburg frequently spoke about her husband’s willingness to take an active role in their family life and support her career. She knew first hand the impact of fathers who are committed to co-parenting. “Women will have true equity when men share with them the responsibility of bringing up the next generation.”

Fathers Together also champion total inclusivity in their work. They are recognizing that “cis-gendered, non-binary people and those on the LGBTQ+ spectrum may be fathers” and that other family members may participate in fathering, too. They invite “all individuals who identify as fathers” into their community. Gender equity is not only about improving the lives of women. 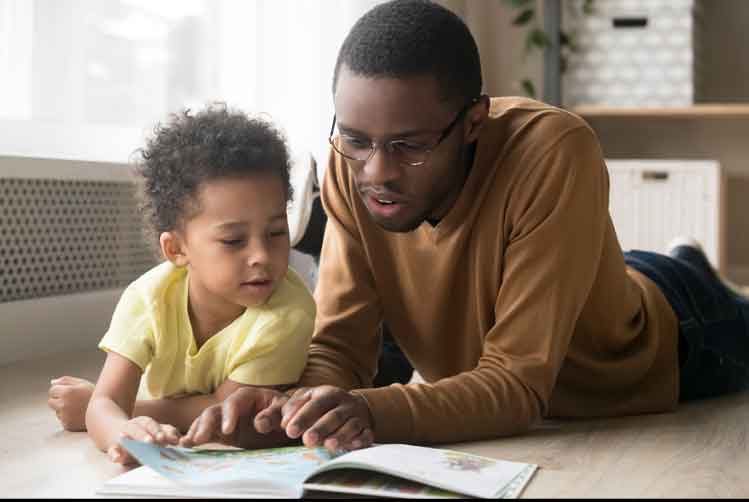 Man Enough defines itself as “a movement founded on the belief that by undefining traditional roles and traits of masculinity, men will be able to realize their potential as humans and their capacity for connection.” These guys talk about bettering themselves through their community, opening up, learning to adapt and redefine their masculinity.

All over the world, men are also speaking out about their part in changing the dominant, exploitative behavior of other men and boys. There is a growing understanding and willingness to recognize and teach about the consequences of long-accepted behaviors.

One global initiative named Plan International advocates for gender equity through education. Their work is grounded in acknowledging pervasive systems in which men hold power and women are largely excluded. Their goal is to help “create a new type of man.” They recognize and address men’s fears and resistance to change, teaching the importance of becoming positive role models for other men. The group works “to show men that caring for themselves and the wellbeing of others is not just a feminine trait.”

These and other organizations are offering growth, not an indictment of manhood. Education can accelerate the evolution of thought. Men are holding up a mirror to themselves. They’re gaining an understanding of the benefits to all of us when none of us is oppressed.

Accountability plays a huge role in changing current norms. It’s all about transforming power dynamics. Simply not accepting male superiority is not enough. Men need to be allies against all forms of discrimination and abuse. The work of gender equity ultimately is work for justice.

A Call To Men is another valuable resource that offers an invitation to men to engage in a conversation. Their mission is to let men and boys know that their collective socialization has shaped their ideas about manhood, women, and girls. Calling out that “the media and culture bombard us with messages that tell us women are objects, property, and have less value than men.”

On their consciousness-raising mission, they encourage men “to think critically about how they might be reinforcing or passing on harmful beliefs” and to challenge those beliefs in other men. The core goal is to identify the roots of violence against women and girls. They hold each other accountable for the culture of dominance that allows that violence to exist.

ACTM CEO, TonyPorter often Tweets specific actions he takes to further the cause. “I will not pass it off as childish joking when I hear my male students make sexual comments to/at my female students.” #HowIWillChange

Domestic violence against women and children is an enormous and painful issue grounded in inequities deeply embedded in our culture. In her movie, What Doesn’t Kill Me, Rachel Meyrick exposes the “silence and social complicity integral to the perpetration of domestic violence.” The film reveals shocking facts that most Americans are not aware of.

“Every day, 5 million children in the U.S. either witness or are victims of domestic violence. In the current system, a judge is more likely to award child custody to the violent father if the mother tries to escape the abusive relationship. In fact, fathers win up to 70 percent of contested cases even when they’ve been found guilty of domestic or sexual violence against the mother or the children.”

Of course, all men are not abusers. Still, gender-based violence has been described as “epidemic in proportions” worldwide – girls and women will need male allies to challenge the masculine norms that sustain the conditions underlying the violence.

With male allies who share in caring, addressing injustice, working alongside women for equity – that’s how to make positive change in the world. All hands on deck! Gender inequity challenges the entire human race. Equity goes hand in hand with justice.

Sonali Rajan, one of our partners at Girls on the Run, says, “My sisters and I were raised not necessarily to cause Trouble, but with a very clear sense of right and wrong, of what justice is, of what kindness is, of what equity is. That was embedded in every single thing my parents did as they raised us.”

In honor of Fathers, of Pride Month, and of all the allies out there, let’s consider human equity. How about respect, compassion, empathy, and community? At the nexus of the racial justice movement, the climate crisis, the global pandemic, and violence worldwide is the simple truth that every human being is valuable and deserving of equal treatment and personal autonomy.

Gender equality is fundamentally a human right and the necessary foundation to achieve a peaceful, thriving, and sustainable world. Men and women fighting together for justice is the only way to build a fair and equitable society. We salute the men who are doing the work, teaching the next generation, and changing the world by making TroubleForGood. 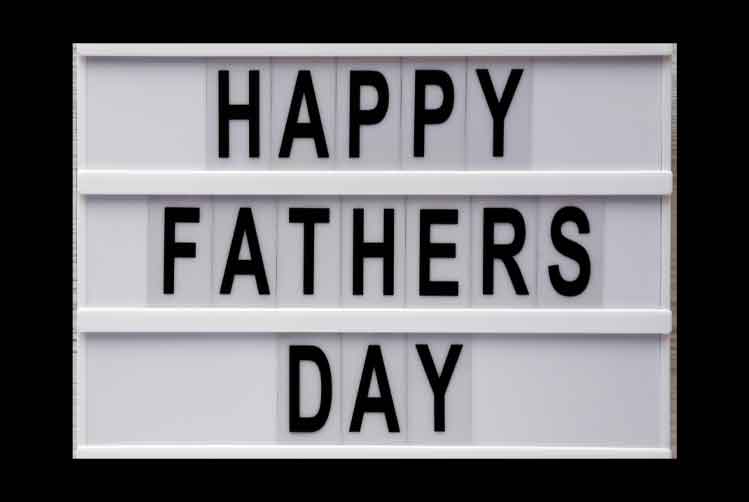 Stay tuned for more insights and inspiration. Share the cool stuff you learn here with the TroubleMakers you know and love.