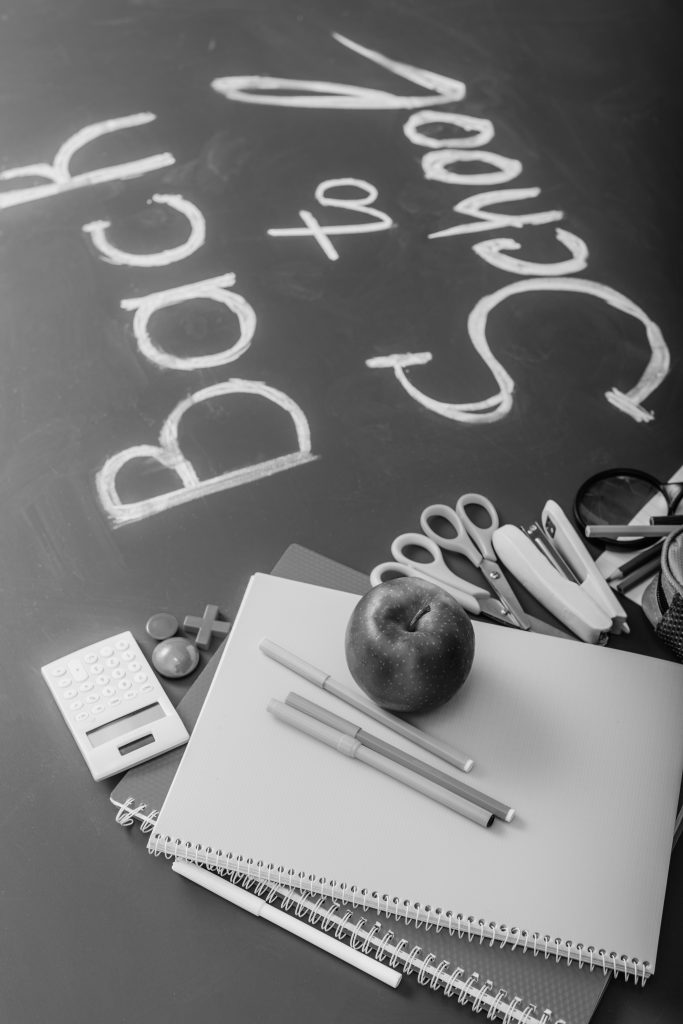 At this time of year, most American kids have gone back or are about to go back to school (reserving comment on the Covid situation here). America’s public schools have traditionally been considered the most effective tool for integrating all races and classes into our society. Some might say public schools are the foundation for an effective democracy. But, beyond reading, writing, and arithmetic, gender biases are ingrained in students at school. Biases affect children at every grade level, and those experiences then extend far beyond the classroom.

Those badass people who choose to be educators in our public school system are typically dedicated, self-sacrificing and courageous. It’s an underappreciated and underpaid profession. Many do the work precisely because they want to be change-makers.  Teachers want to influence young people positively and be remembered as mentors who empowered their students. It’s a labor of love. However, unwittingly, some educators in our schools perpetuate gender biases that adversely affect outcomes for many of their students.

Long-term studies have found that kids start school with relatively equal abilities in math, for example. But, a significant gap develops in favor of the boys by second and third grade. The evidence shows that girls are underestimated by educators as soon as they enter school. The majority of teachers bring their own deep-seated cultural biases to their work. Research confirms educators typically assume boys have innate abilities and that girls need more effort to succeed. It’s a far too familiar notion; girls can do as well as boys only if they work hard enough. They assume that the boys set the bar. Sound familiar?

Girls routinely raise their hands, voice their opinions, share ideas, and volunteer to read aloud pretty consistently until middle school. Once the students reach puberty, those girls become much quieter and less outspoken, and the boys dominate the classrooms. Boys act up and get attention. Girls back down and retreat. Their academic focuses diverge. Their maturity levels contrast. It’s a complicated dynamic and no small task to manage for any educator.

Factor in that kids are consumers of our sexist pop culture that bombards them with exaggerated gender norms. They inhale advertising images, books, movies, TV, and social media content that glorify toxic masculinity. The assertive male and passive female stereotypes are then being reinforced in schools when – even if unconsciously – teachers choose the boys more often to answer and volunteer. Girls are then called on less frequently, reinforcing their reluctance.

On top of giving rise to that participation gap, gender bias is baked into many broadly-used school materials and lesson plans, starting with pre-school picture books that commonly show a world of the middle class, heterosexual male heroes, and characters. Biases like that contribute to children’s development of gender identity. They can impact their expectations for roles in families, the workplace, and society.

K-12 textbooks often exclude the contributions of women throughout history. Female authors are frequently underrepresented on reading lists and in school libraries. Issues of gender, self-image, and equality are not common in classroom discussions.

Can Teachers self-correct by being more self-aware; by noticing gender biases inherent in their lessons? Hopefully, they can make an appreciable difference in children’s lives by taking the time to consider how to involve, encourage, and empower each of them. 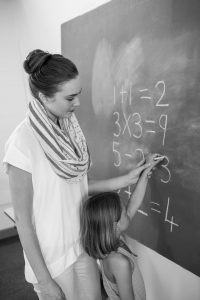 Be aware that gender bias cuts both ways. Despite the bias toward male students, girls outperform the boys academically overall. Boys are more frequently referred for discipline. Disruptive males are more likely to be placed in lower-ability reading groups. Teachers’ evaluation of their male students’ academic abilities is sometimes more influenced by their behavior than test scores. Many boys fall behind in language arts and are more likely to perceive those subjects negatively by middle school. This disparity may explain the stereotype of the medical doctor’s bad penmanship and the engineer who can’t write a report.

Over the past 75 years, the number of women enrolling and earning a college degree has tripled. But oddly, their ranks among full-time faculty in higher education have increased by only 5% in that same period. According to a study published by the Brookings Institute, “The higher on the ladder you look, the fewer tenured women there are.” Representation fell from 27% to 26% from 2003 to 2016. “If students are to reap the benefits of the curricular and scholarly contributions only women faculty can make, we need to put our brains and hearts to work on making the experience of all women – full-time faculty in U.S. higher education – one without gender inequities.”

Research shows that the most significant influence on a young woman’s choice of a college major isn’t how much math and science will be involved. They’re less likely to select fields where they expect to encounter the most discrimination. This perception is partly to blame for underrepresentation in specific career paths.

Despite the expectation of possibly being marginalized, many young women still choose to pursue their goals. But, even when they succeed academically, they face additional gender-based obstacles in the workplace. They find themselves scrutinized for their attractiveness in job interviews, recognized less than male colleagues in collaborative successes, promoted less frequently than lesser qualified men, and paid less than male counterparts. All of this is grounded in an educational system that effectively views women as less intellectually capable. 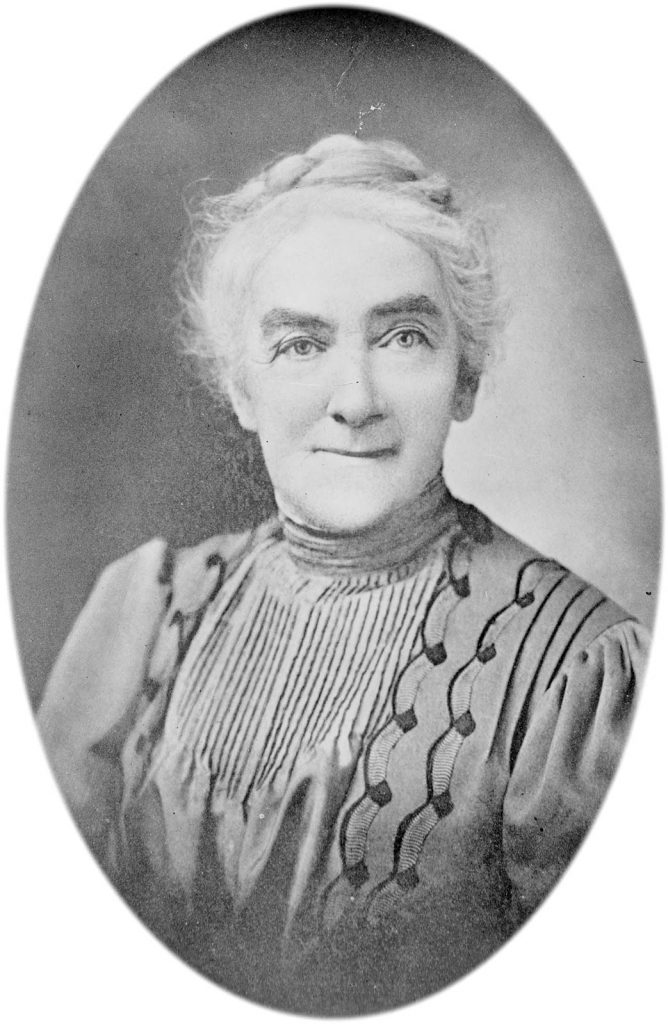 Check out the fascinating story of an experiment started in 1876 at MIT, prompted in large part by the Institute’s first female graduate. At the time, she wrote, “the question is to be solved – Have women the mental capacity for scientific work?” (Hint: YES!)  Imagine; in the 19th century this TroubleMaker helped establish a women’s chemistry lab at MIT.

So, Troublemakersforgood, gender bias is everywhere in our schools. It negatively affects both male and female students. Teachers aren’t always aware of the biases they bring to their classrooms. Some research indicates that single-gender classrooms may reduce the effects of gender bias. Without the competition and comparisons, kids are freer to express themselves at their own level of maturity; build and maintain their confidence, and achieve better academic outcomes. That’s not likely to become the norm in public schools in the U.S.

Parents and all concerned community members can play a role in ridding our schools of negative stereotypes, sexist policies, and gender bias. Get a feel for what’s happening in your area. Is there diversity and equitable content in the kids’ section at your public library? Talk to the children in your life about their day to day school experiences. How often are they exposed to women in art, literature, science and math? Introduce them to those women (current and  historic) who have fought for equity and become an example of what is possible. Participate in your local schools’ parent group or board of education meetings. Heck, TroubleMakers! Write a letter to the superintendent of the public schools in your community. Express your concern — support organizations promoting gender equity.